What is DHI hair transplantation?

There are certain points that distinguish the DHI hair transplant technique from other methods. The most important difference between this technique and others is the fact that when performing DHI, the extracted grafts are implanted directly by inserting a needle into the skin, thereby creating a hole using a special implant pen. Thus, the hair follicles are extracted and then transplanted directly into the skin of the recipient (receiving) area. The FUE procedure became possible and was named DHI hair transplant. However, while the standard FUE procedure consists of three steps, including the collection of hair follicles, the opening of channels, and the placement of grafts in open channels, DHI hair transplantation involves two steps, the collection of hair follicles, and the placement of grafts in open channels.

How is hair transplantation performed with the DHI method?

DHI transplantation takes about 10-12 hours, and is performed under local anesthesia or sedation, and does not require a hospital stay. The grafts are collected one by one and removed from the donor area using a special device. Immediately after collection, the extracted healthy follicles are placed directly into the transplant area using a pen called Choi with a special tip. The harvested follicles are not stored in solution as is done with other FUE transplant methods. The aim of the method is to prolong the survival time of the grafts by not keeping them too long in the open air. It is believed that this reduces the problem of hair loss after the transplant procedure. However, there is no scientific evidence that

The diameter of the cylindrical tip used in the operation of the pen is from 0.65 to 1 mm. On average, 2 to 6 pens and 10 to 15 supplied tips are used during the procedure. A healthy hair follicle is removed from the donor area inside the Choi tip. After the collection process, the specialist doctor must very carefully and accurately perform the transplantation of the follicles at an angle of about 45 degrees, applying the tilt pushing mechanism of the pen in accordance with the natural direction of hair growth.

What are the benefits of DHI hair transplantation?

Micrograft hair implant and hair transplant, What to do in case of hair loss

What to do in case of hair loss Are you worried about your hair loss? Are you considering a hai..

Hair Loss ReasonsMay 27, 202227MAYHair loss is an important matter. That is why people generall..

Hair Loss Due To Excessive Alcohol

Hair Loss Due To Excessive AlcoholWhile the United Kingdom is thought for its ingesting culture, max..

The FUE technique (Follicular Unit Extraction) is one of the maximum present day and usually used ha..

The Advantage of the FUE, Autotransplantation with FUE

Autotransplantation with F.U.E.The FUE (Follicular Unit Extraction) technique is a very innovative a..

Hair loss attacks without discrimination. Man or woman, young or old, it doesn’t matter who you are,..

Alopecia Causes and TreatmentAlopecia is the wide time period for any shape of hair loss, irrespecti..

DHI HAIR TRANSPLANT IN TURKEYWhat are the advantages of the DHI method in hair transplantats?Direct ..

Can You Drive Home after a Hair Transplant Procedure, Patients considering a FUE or FUT hair transplant

The Importance of Self-Care for Entrepreneurs, What Is Self-Care and Why Is It Important, Exercise Is the Ultimate Form of Self-Care, Sleep Doesn’t Hurt Either, Attitude Is Everything

Image via PexelsBusiness ownership comes with a lot of stressors that typical employment is dev..

Laser Cap Treatment for Hereditary Hair Loss, Does It Really Work, Finding the best approach, What is laser cap therapy

Having a full head of lush, thick hair is associated with youthfulness and even sexiness. While the ..

For 3 years we have been chosen as the best hair transplant clinic in Istanbul (2016-2017-2018). Since our foundation we have dedicated all our knowledge and skills to hair transplantation, becoming true leaders in the sector.

As Turkey Hair Expert we are proud to offer competence and professionalism to patients from all over the world, who choose the experience of Dr.Emine Karabash, Dr.Mustafa Yilmaz and the highly qualified team of professionals.

A team of professionals dedicated to your well-being. Hair transplantation is an art: it requires solid knowledge, undeniable technical expertise and an artistic eye. But your stay doesn't end with your hair transplant session. The administrative team welcomes you and remains at your disposal throughout the day to make sure you have a good time, in complete confidence and relaxation.The team in operation has an experience of at least 5 years and maximum 15 years.

My vision of hair transplantation is totally in line with this perspective: to be at the service of regained well-being through effective techniques that give natural results. The hair, in women of course, but in men, it is the force of life, it is the finery. Losing them is truly an injury, a trauma. It’s terrible!

Also, I enjoy listening to my patients and never judging them. I am then able to give them the best advice and allow them to regain their self-confidence.

I naturally surrounded myself with a caring, expert and extremely rigorous team in its field to be sure to offer men and women who suffer from baldness solutions that work, without ever ignoring safety and reliability.

The used techniques depend on Dr. Mustafa Yilmaz decision after doing the medical diagnosis, Choi Pen / DHI - Sapphire - Micro FUE are used normally in our operations.

I started dermatology almost 15 years ago now and thanks to my encounters with other dermatologists, I quickly turned to medical aesthetics.

More and more women and men want to feel good about their hair, and when this is the case, one gains confidence in oneself, in everyday life, in social life and in work.

I have also always remained "classic", in this movement that is now called the "Soft touch", namely to privilege discretion, elegance, and of course, naturalness. Not ostentatious! I prefer to repair what is damaged, rather than change or modify.

The used techniques depend on Dr Emine’s decision after doing the medical diagnosis, Choi Pen / DHI - Sapphire - Micro FUE are used normally in our operations.

She is the one who sees you in consultation and who makes the diagnosis. On D-Day, Ayse. starts the procedure with local anesthesia in your donor area. She is present throughout your intervention, ensuring its perfect completion, with the support of her team of experts.

At first I had some nerves surrounding the procedure, however, these were soon gone when reassured by the professional staff. So much so I came back for a second hair transplant. The procedure was painless and was completed on the same day, allowing for visible results with minimal scarring.

I came to Turkey Hair Expert clinic for hair transplant. From the start to finish everything was very professional. I received great service. The experience was outstanding.

I recently underwent a hair transplant with Turkey Hair Expert and the care and attention that I received were outstanding. They cover everything for you and booked everything but the flights. They are all extremely friendly and make you feel welcome from start to finish. Definitely, recommend.

I travelled to Turkey for a hair transplant with Turkey Hair Expert and was blown away by the facilities and the caring staff that were there upon my arrival. The result I am beginning to see are amazing and have fully restored my confidence. Definitely my top recommendation.

I found out about the services provided by Turkey Hair Expert through a friend who had previously had the procedure done with them. I found the service to be highly professional with high-quality results, I would recommend this service to anyone.

Turkey Hair Expert has helped to make the hair transplant more affordable to those who need them and the staff are amazing. They are on hand every step of the way and will answer any questions that you may have. – Definitely, recommend this service to all.

I came to Turkey to have a hair transplant with Turkey Hair Expert. I had a large number of graphs done and the time flew by. The process was seamless with an extremely high level of care. I highly recommend this service to all. Thanks, Longevita.

The overall experience with Turkey Hair Expert has exceeded my expectations. The surgery was painless and undergone in a professional manor and the results are outstanding. Extremely happy!

I could not be happier with the results of my FUE hair transplant. The experience was outstanding and the accommodation, as well as the overall location, was beautiful. Definitely, use this service for a hair transplant!

I am absolutely satisfied with the procedure and the outcome visible so far. The communication and consultation with Turkey Hair Expert was very friendly and clear from the beginning to the end.

Great experience. Staff is friendly and professional. Everything was taken care of from the moment we arrived at the airport till the day we left. Highly recommend! 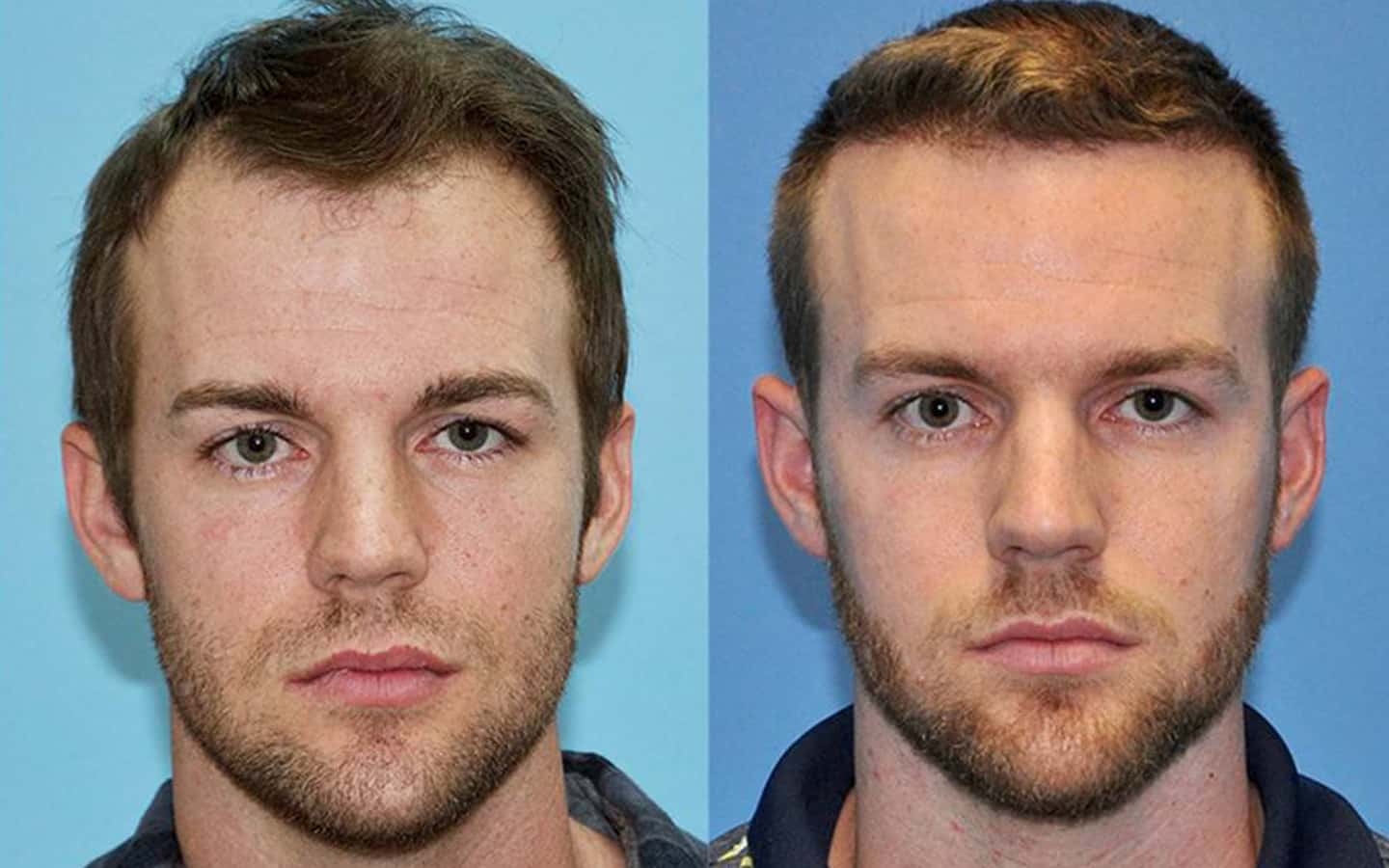 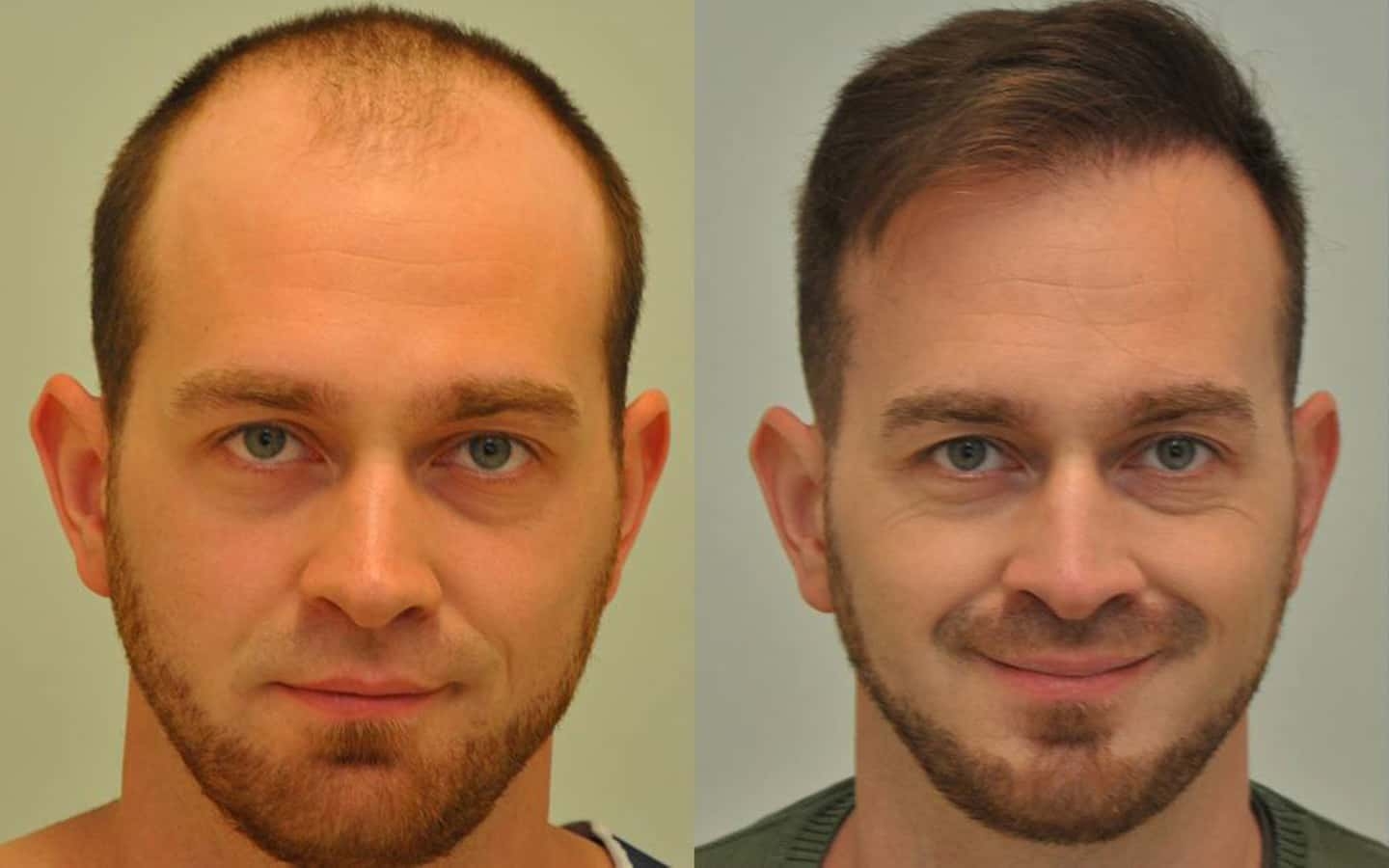 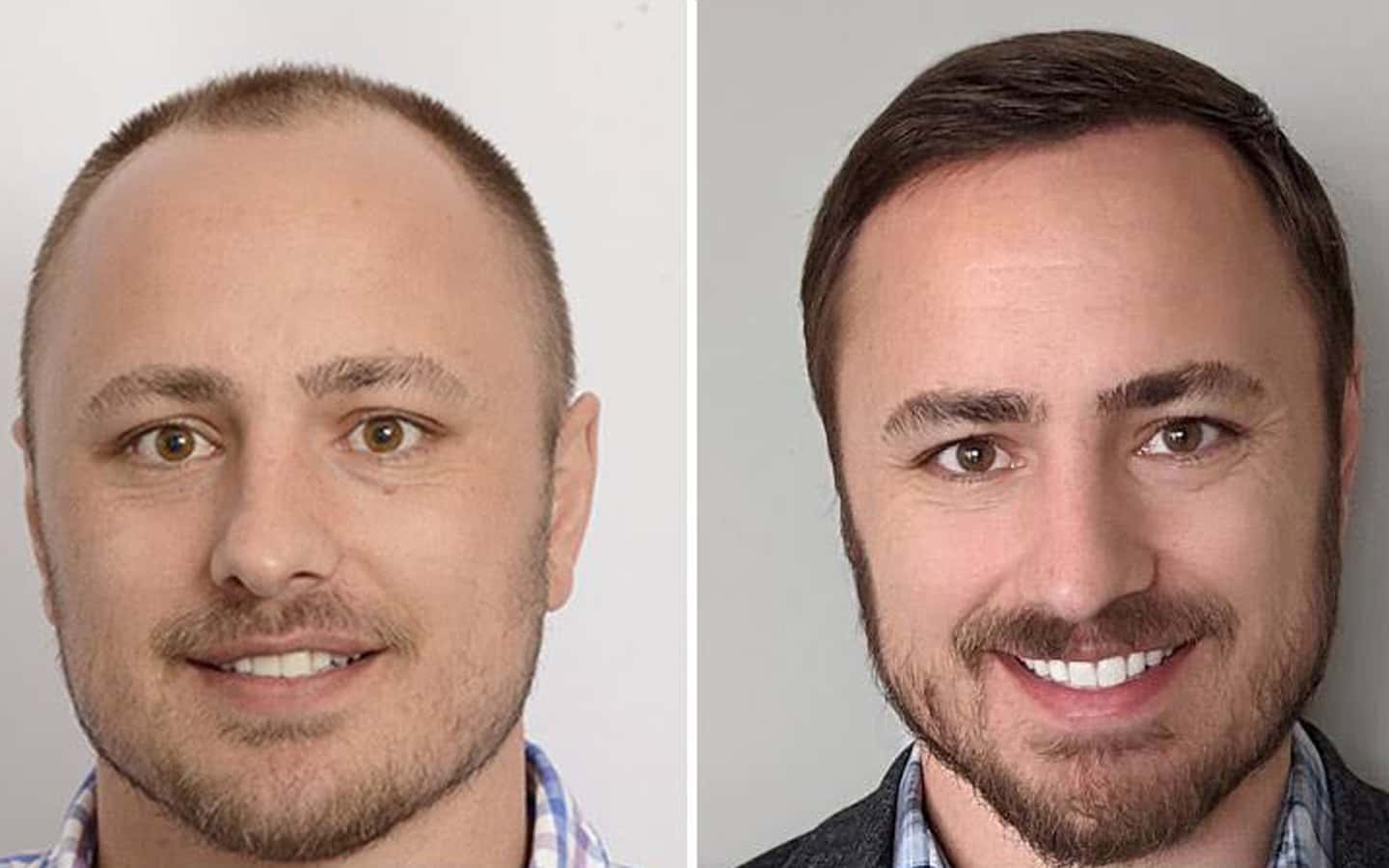 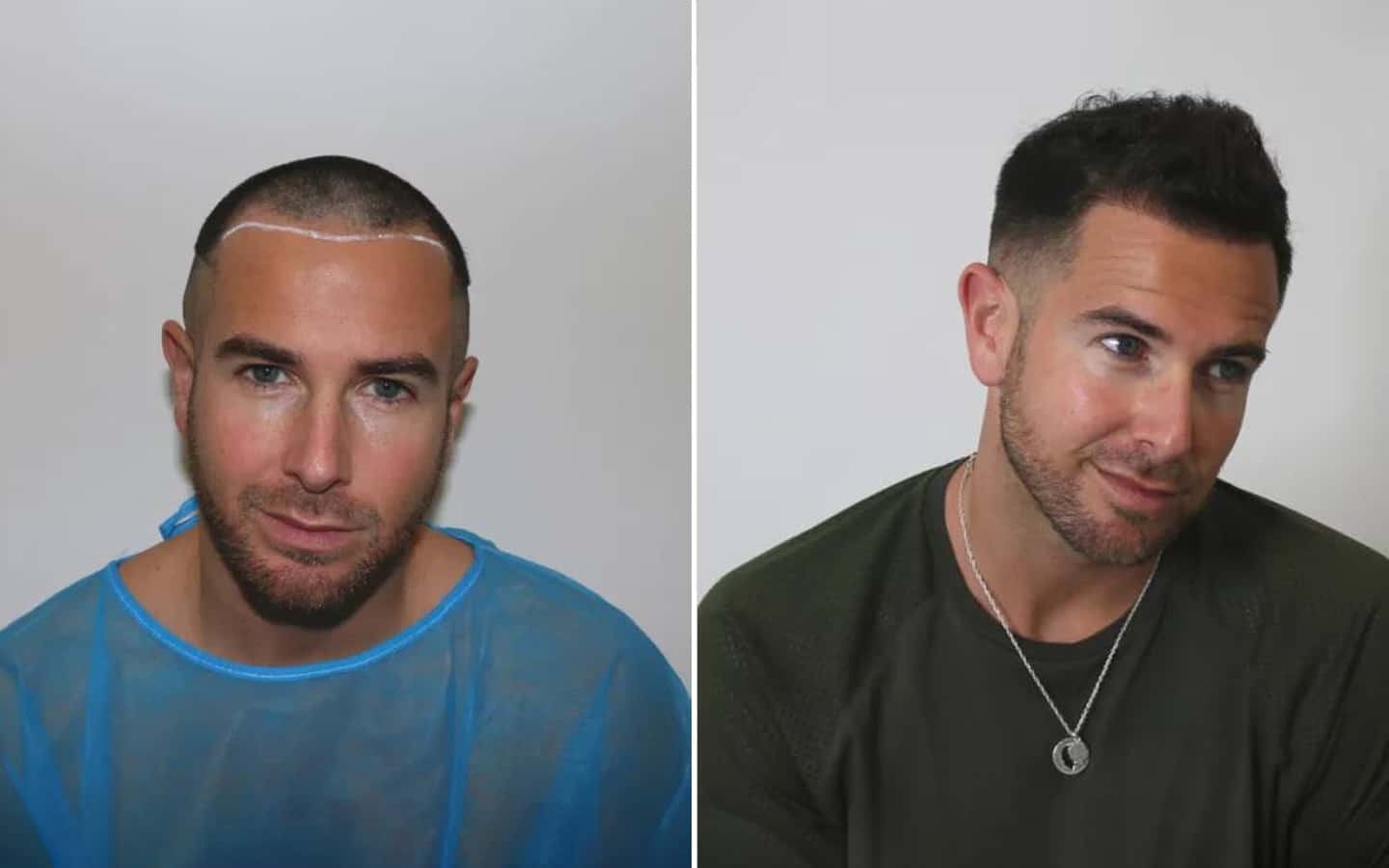 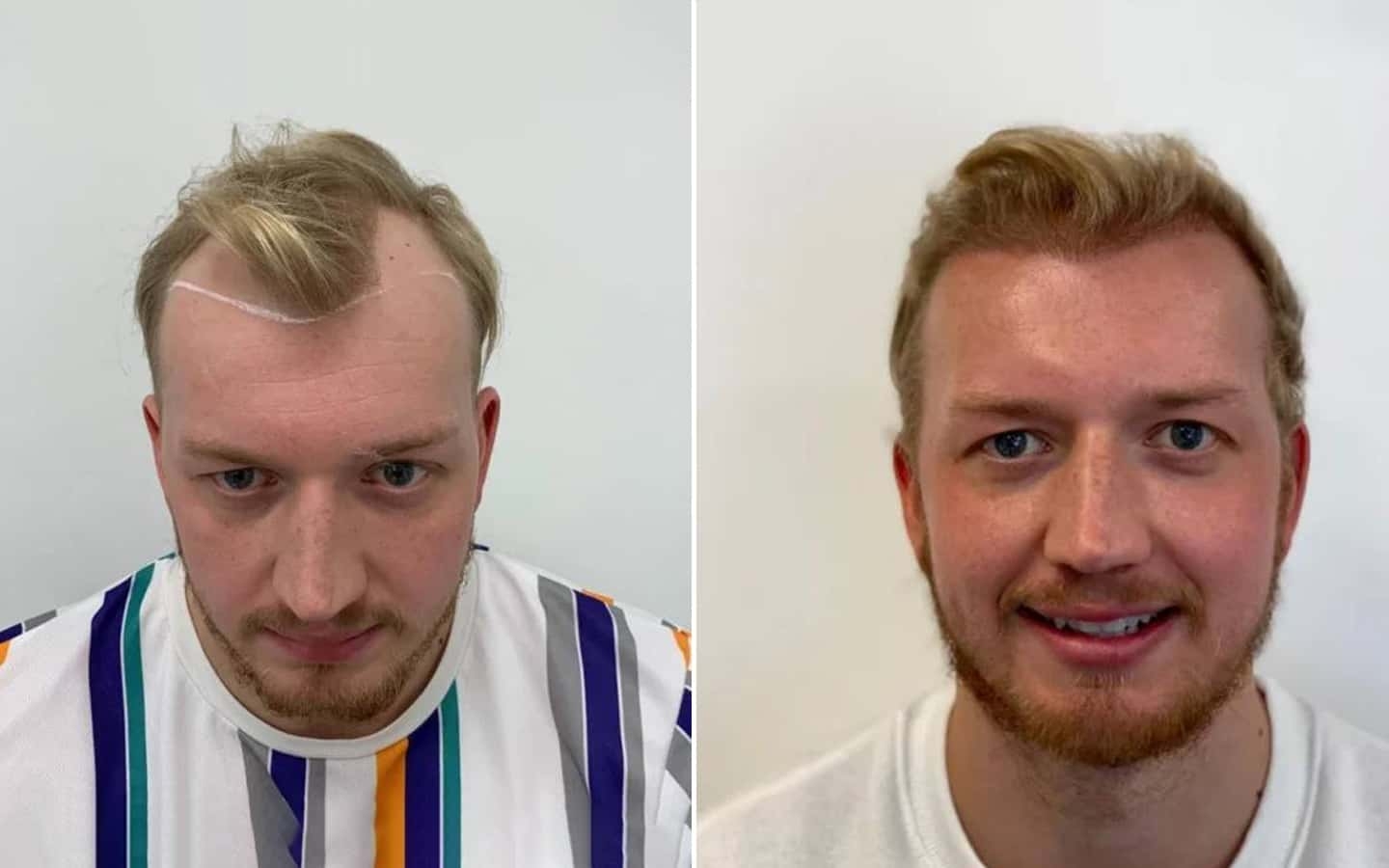 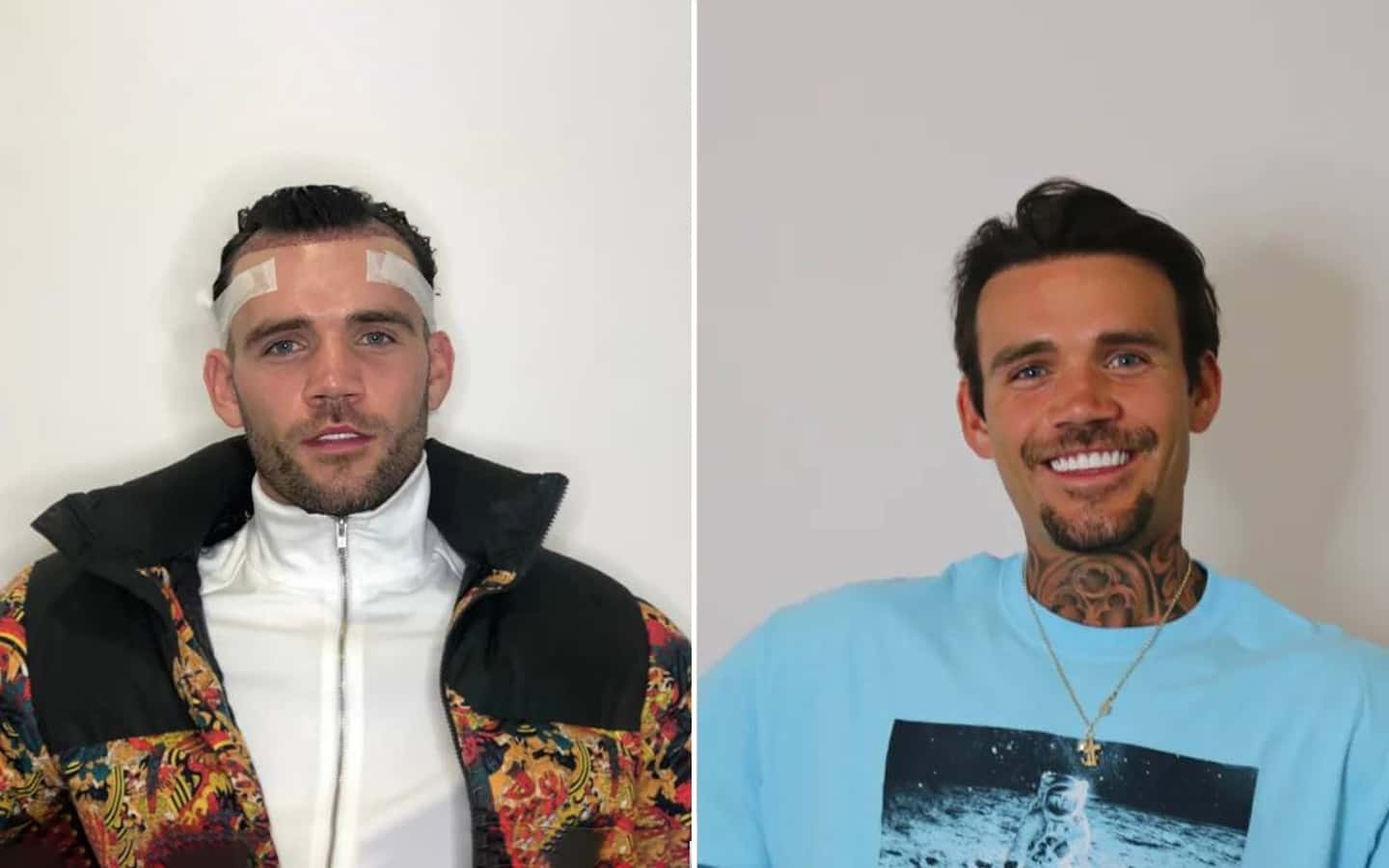 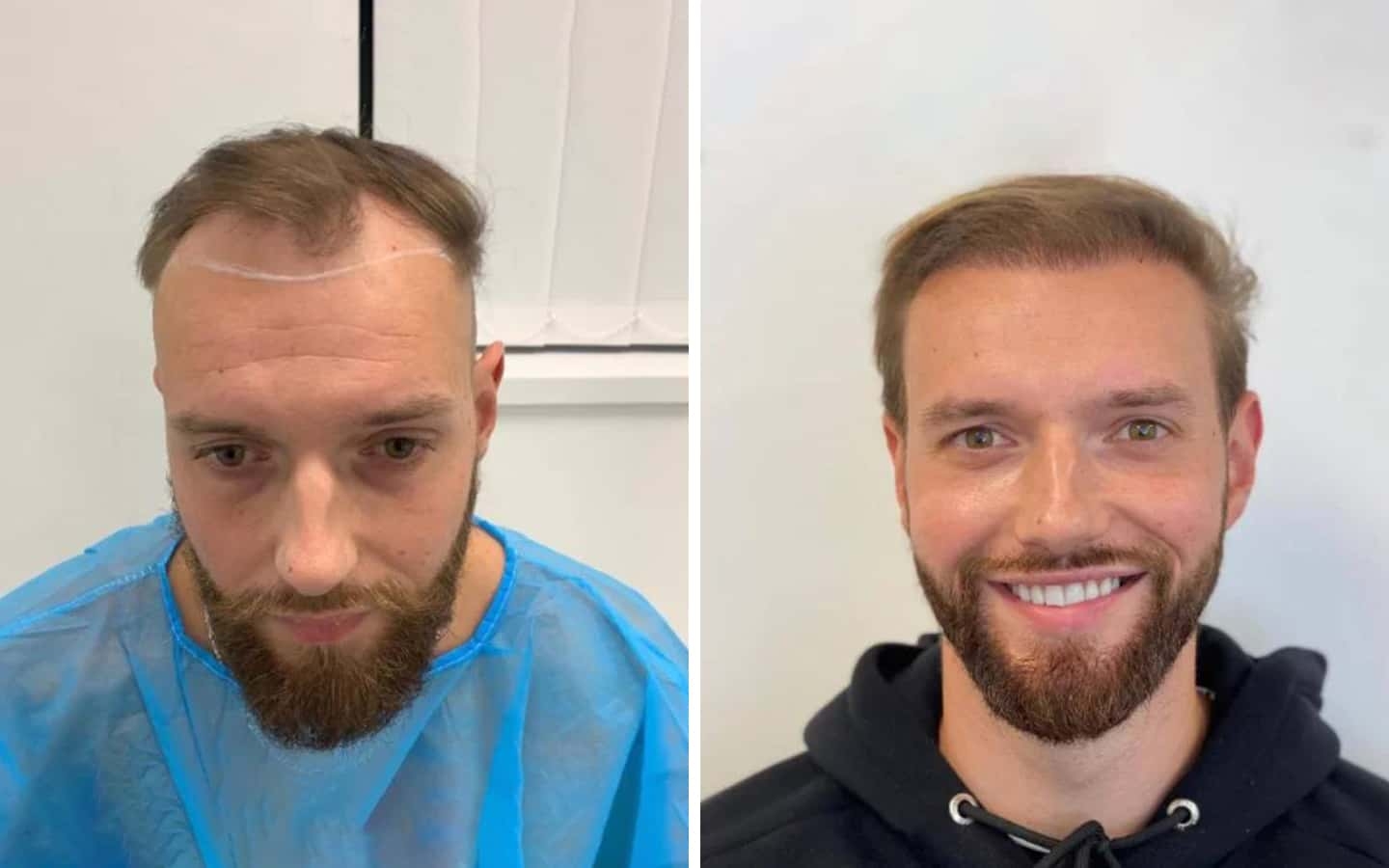 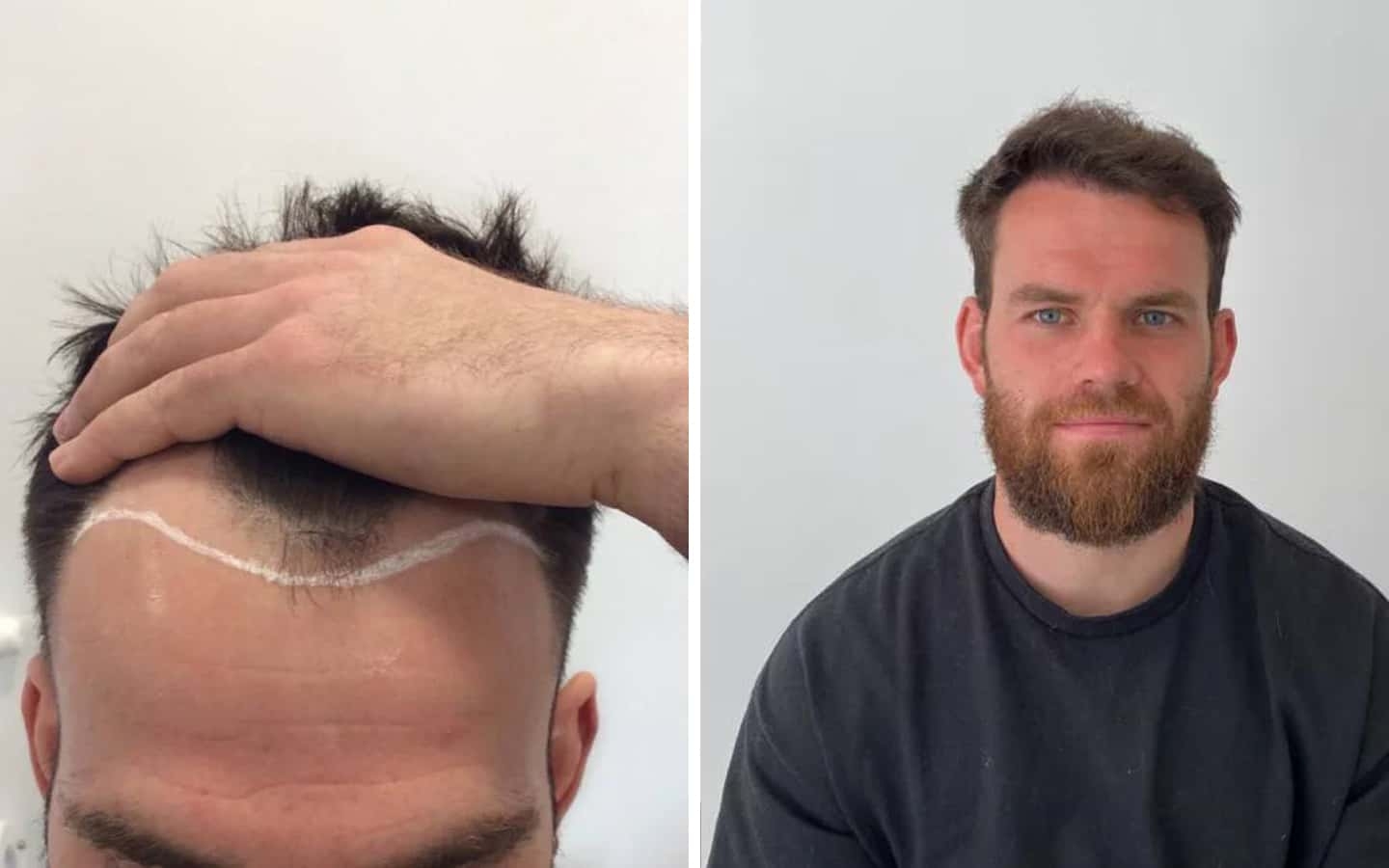 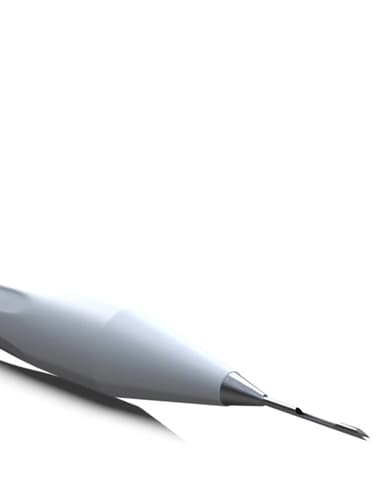 While performing this process, there is no incision or stitch scar at all. The purpose of this transplantation method is to minimize the time that the hair follicles stay outside and place the follicles with a good density and continuously. 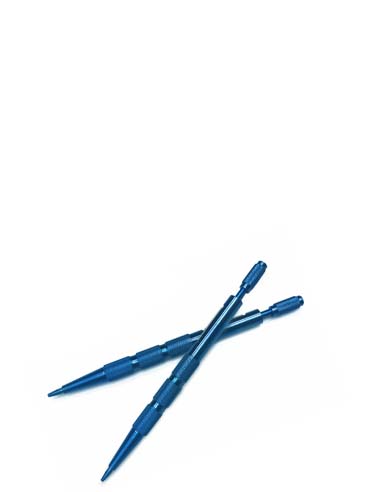 With the FUE method (Follicular Unit Extraction), the hair follicles are taken one by one with a special micro-motor and the aid of local anesthesia.

With the FUE method (Follicular Unit Extraction), the hair follicles are taken one by one with a special micro-motor and the aid of local anesthesia; grafts are repositioned afterwards in the bald areas, according to the angle and the natural direction of hair growth.

Generally the donor area (the area from which the follicles are taken) is the back of the head. Since the nape follicles are genetically stronger and more resistant to shedding, this region is preferred as a donor area. However, if the area is not dense enough, grafts are collected from other parts of the body. 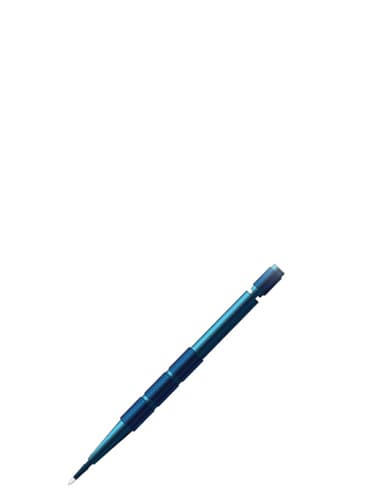 On the contrary, in classical fue, the process is performed by metal slit. Likewise, after the follicles are taken one by one from the donor area, they are carefully placed according to the direction and angle of the hair. 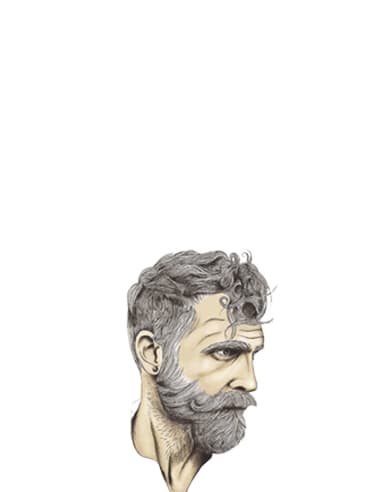 Beard and mustache transplantation is a procedure designed for those with a loss of beard or mustache.

This method is recommended in cases of hair loss caused by the testosterone hormone, for those with thinning beard hair wishing to have a bushy beard. It is possible to get a healthy and natural look of the beard by undergoing a beard transplant operation.

Welcome to Turkey!
After sending the flight information to your personal agent, we will arrange everything to make your hair transplant journey in Turkey an incredible experience that will change your life.

Do you need more information on hair transplant ?

Let us take care of you We only treat one client at a time, very privately.